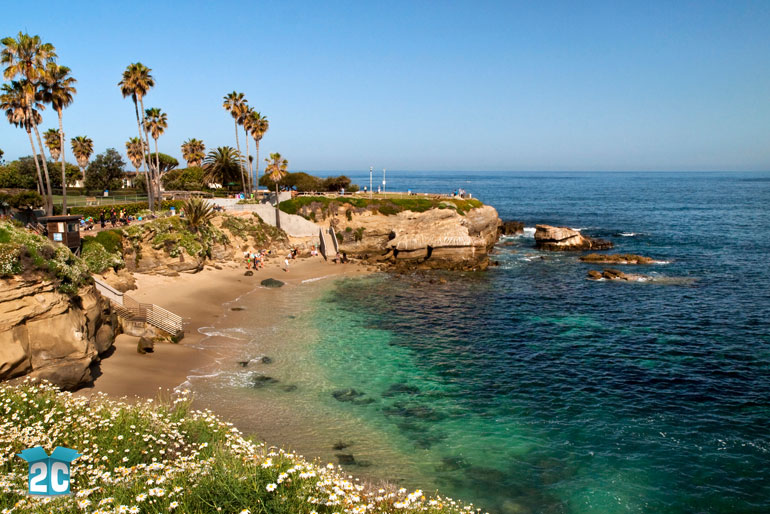 MivaCon was, as always, a power-packed 3 days of inspiring keynotes, informative presentations, mentoring, and bonding with clients in beautiful La Jolla, CA, boasting an impressive 500 attendees.

The conference provides tools, resources, and expert advice for results-driven eCommerce store owners (B2B and B2C), developers, or anyone interested in learning about building a successful online business.

The first thing we do when we deboard the plane is to head on over to the fabulous and fresh seafood at Point Loma Seafood. You can watch fishermen coming in with the catch of the day, eat an extraordinary meal overlooking the bay, and then wander down to the little ice cream shop two doors down. That is, if you have any room left.

Then on to registration at MivaCon. That’s a great place to connect with Miva staff. All those people you talk to on the support line now have a face.

The next day, the learning starts in earnest. Well, there’s a lot of humor, too. 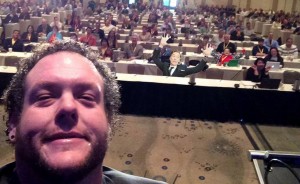 If you look closely at our teeny weeny heads on the third row back, at the left, you will see our client, Pat Pepe, in brown, myself, Holly Nelson, in teal and orange, then the top half of Calvin’s head, nesting in Rick’s frizz.

Fellow Miva developer, Susan Petracco, is on the 4th row back, between Holly and Calvin’s heads.

Calvin was able to network with some of Miva’s developers and pick up on ideas and tips to streamline our development process. That was truly invaluable for him.

We were enthralled with the breakout sessions with Gillian Muessig, founder of Moz, the leading authority on SEO, and our mentor.

One of the eCommerce stores we developed was featured in Rick Wilson’s Keynote, which was gratifying. West Florida Components has been a client (and friend) of ours for years.

It was acknowledged that we are one of the oldest Miva Development agencies around (since 1995).

A giant in the industry, and a thought leader in Miva Modules, Bill Weiland, said he started working with Miva after me. It is amazing to think it has been that long. Bill was awarded the Miva Lifetime Achievement Award in 2013.

Lastly, we hung out with our awesome clients, and fellow developers.

This group has been feasting at the amazing Studio Diner, since 2012. It has become our tradition to meet and eat on the last day of MivaCon. The diner was originally built to feed the cast and crew of the movie lot just behind the diner. Decorated with “behind-the-scenes” movie-making equipment and serving comfort food in an authentic diner, it beats just about everything else for a memory-making atmosphere.

Some of our favorite items to eat are:

We do more bonding in one meal, than most people do in a year. Sometimes we shut the place down and they have to shovel us out the door. In someways, this is the highlight of the conference. We always go away closer as friends, yet sad, because we can only do this once a year.

A great time was had, and a lot was learned. Thanks, Miva, for bringing such great people together!