Whose job is it to train skilled workers? 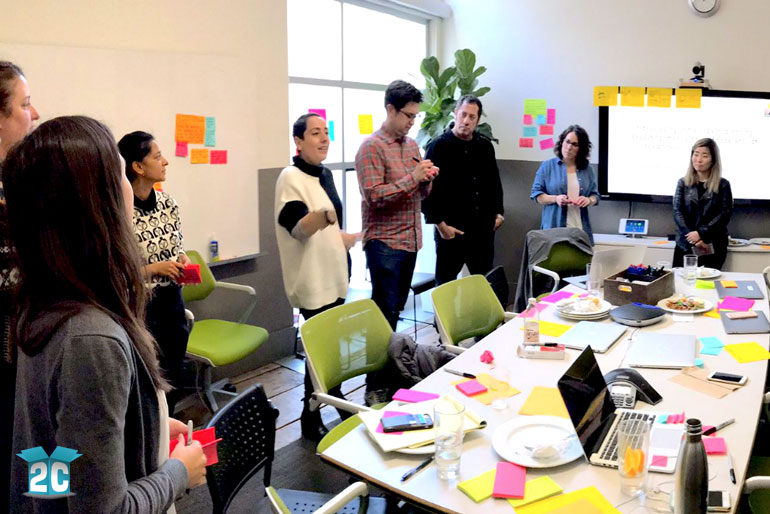 We have been on both sides of this equation. We are still pondering the question of whose job is it to train skilled workers. Since our inception in 1995, our company has created many processes, and niche skills that just aren’t taught in college. We often wish there was a way to do a brain transfer of our combined knowledge into a new employee.

When we were a startup, we lacked the resources to train incoming employees to the extent that they needed it, and in many cases the employment was short and unsatisfying to both parties.

We are all familiar with the old cliche about college graduates being full of head knowledge, but none of the real world experience to do much with it. We have struggled with this sector of employees. Our senior developer, who was 18 and home schooled, had to teach all of the college graduates much of what they needed to know to work for us. That put a real damper on our desire to hire any more recent college graduates.

Then we swung the other way, and tried to hire middle-aged folks, who, we hoped, would be able to fall in line more rapidly, with just a little training. Well, these people were more reliable, less cocky, but also, less willing to change their habits.

Companies complain about not being able to find skilled workers.

Recently, I read an article in the Wall Street Journal that caught my eye. Here is a passage that jumped out at me.

“Companies complain that they can’t find skilled hires, but they aren’t doing much to impart those skills, economists and workforce experts say. U.S. companies have been cutting money for training programs for decades, expecting schools and workers to pick up the slack. Economists say that reluctance to develop workers in-house has made it hard for workers to launch or sustain careers, resulting in a stalemate in the labor market: Companies won’t look at job candidates who lack a specific skill set, so openings go unfilled even as millions linger on the unemployment rolls.”

So, whose job is it to train skilled workers?

The article really struck home. It brought to mind the words of our mentors, Anne Kennedy and Gillian Muessig, who said, “Okay, Holly, you are going to have to be willing to put in a lot of time to train the people you want, if you want them to work out for you.”

It is apparent that we are not alone in this boat.

“The government hasn’t tracked spending on corporate training since the mid-1990s, but one rough measure, the percentage of staffers at U.S. manufacturers dedicated to training and development, has fallen by about half from 2006 to 2013,” according to research group Bersin by Deloitte.

How did we get here?

It used to be that CEO’s hired because they saw good character and potential in a candidate. They knew if the individual had that “spark” they could form them into the desired result, creating lasting loyalty in the ranks.

Then, the recessions of the 1980’s really affected the way that companies think. The habit of laying off employees and slashing training programs, in order to stay afloat, became the new norm.

That bad habit has created some stinking thinking that has sunk into every corner of American business culture.

CEO’s want hires to arrive with all, or most, of the skills needed for the job.

This is not just a business problem. This is a social culture problem. This way of approaching things has reduced people to a mere number on a transaction line.

Peter Cappelli, a management professor at the University of Pennsylvania’s Wharton School, says, if employers “want only people who can step in immediately because they are currently doing the job, they narrow the pool to almost no one.”

Today’s novices are more likely to briefly shadow an experienced worker, or log a few hours of on-the-job training, than participate in an intensive learning program. Obviously, this is not a sustainable pattern.

What is the solution for training today’s workers?

Hu-Friedy is paying staffers to leave their jobs for two years!

Hu-Friedy, a manufacturer of dental instruments in Chicago, says its future hinges on four employees.

“While their colleagues bend and grind cylinders of steel on the factory floor, the four workers since March have been mastering the fundamentals of metal composition and heat-treating, among other things. The hope, managers say, is that the two years of full-time training will help keep the 106-year-old dental-instruments maker competitive in a mature industry crowded with rivals.”

In another example, Toyota has a hard time finding people with the skills to be advanced manufacturing technicians.

“We can’t just go out and throw up some ads and hire some skilled people. They’re not out there,” says Dennis Dio Parker, an assistant manager at Toyota who helped create the AMT Program.

The Advanced Manufacturing Technician (AMT) Program in Kentucky is a partnership between Toyota Motor Manufacturing and Bluegrass Community and Technical College.

Students finish with an associate’s degree, but they never have to set foot on the Bluegrass campus. All of their classes are held at Toyota’s manufacturing plant in Georgetown, Kentucky.

Almost all of the students who complete the program end up with a job with a starting salary for an advanced manufacturing technician at Toyota close to $80,000 a year with overtime.

These creative solutions have certainly had an impact on how we think about this issue. What about you?